As the sun rose over the Flaming Cliffs at Bayanzag we slowly packed up and got ready for another hot day full of tough riding through the Northern Gobi region.   It was just before midday when we finally rode away from the Cliffs with a rough two day plan to reach the moderately sized town of Arvaikheer in Central Mongolia.

First stop was the small town of Bulgan around half an hour west of Bayanzag for fuel, water and some lunch. The first two were easy but then we came across a Grumpy women at a local Café who didn’t really want to cook us anything at first, I was happy as the Mince Meat they use in everything is causing me a few ‘issues’ but when more locals turned up she decided it was worth her while to fire up the frying pan.

During lunch I noticed a Hot Springs on the map around 1 Kilometre south of town so we decided to check it out and see if it was swimmable.   It looked good but was also the watering hole for every animal within a hundred kilometres so we decided to give it a miss and stay dirty for a little longer. 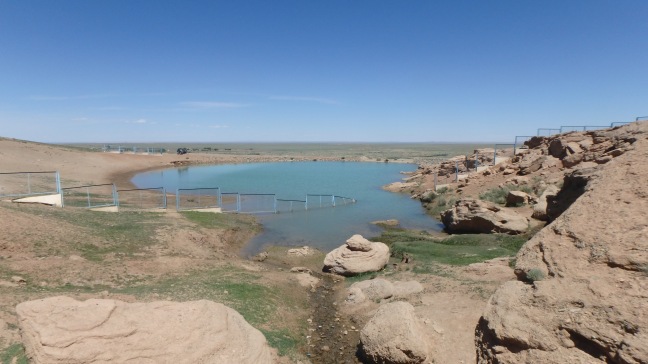 So it was back on the road again to see how far we could ride before setting up camp for the night.   The road started like this….. 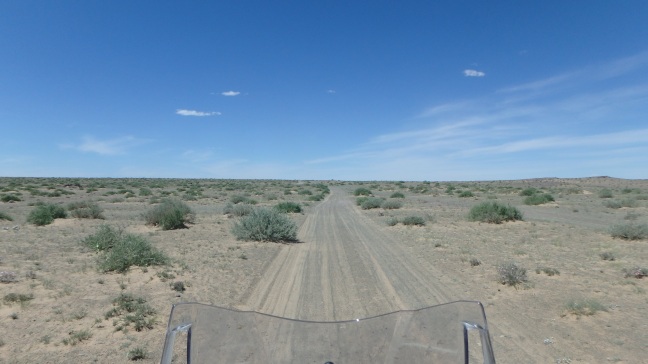 Then not long after we entered a sandy area with small dunes that seemed to go on forever and it was now well over 30 degrees. 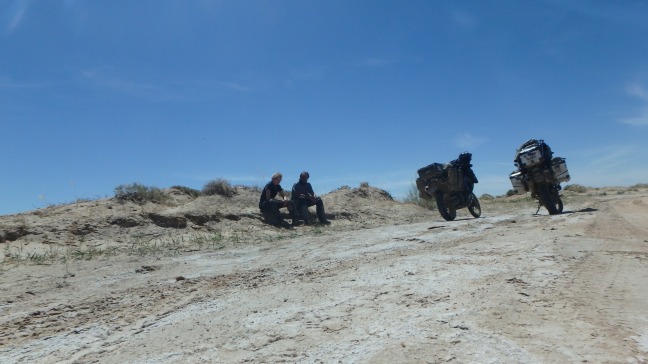 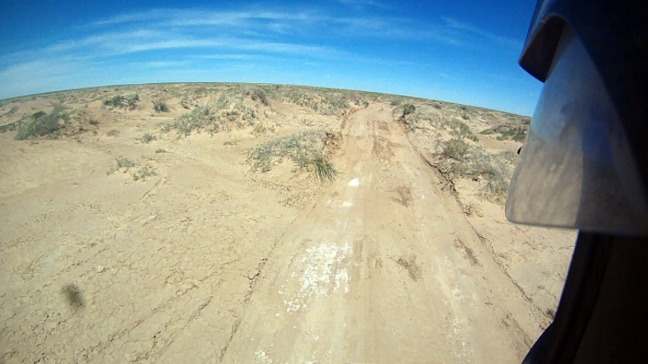 Once the dunes ended we then rode across a flat swampy area, luckily there wasn’t much water so it wasn’t too bad just lots of soft sand to contend with.

These Camels seemed to find a convenient underground spring to have a bath in, I’ll pass on my bath for the night….again. 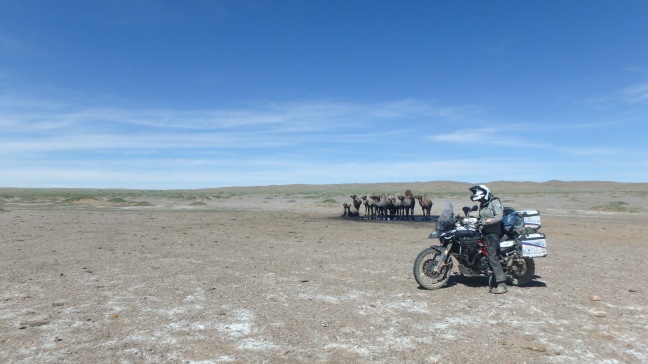 Then it was back onto the Mongolian Roller Coaster for a while as the sun started to disappear over the ridges.

So we found a nice spot to camp near a Dry River Bed.

The following morning we packed up and once again started heading towards Arvaikheer. The day started off with fast tracks over large Grassy Hills and through Green Valleys. 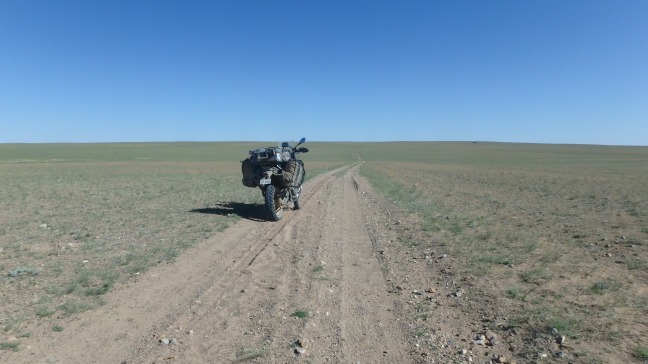 Then some flat messy sand that had been churned up from previous heavy rainfall. 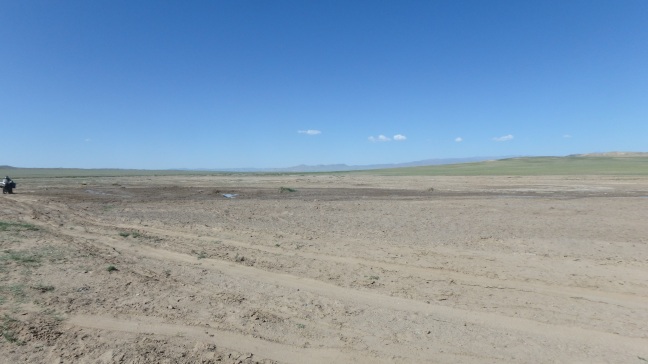 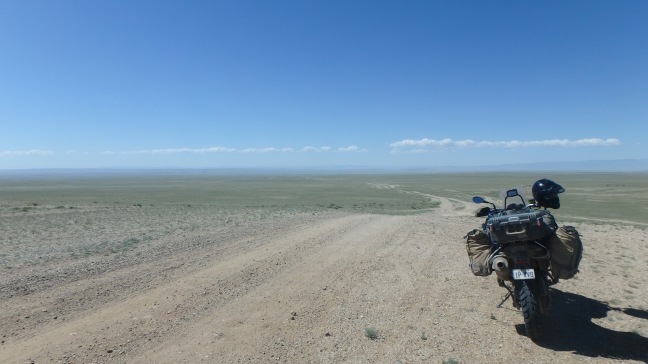 A little while later we arrived at the small town of Guchin-Us where a maze of dirt tracks and a brand new un opened Petrol Station greeted us, we also needed lunch and we were both apprehensive that it was going to be a repeat of yesterday. 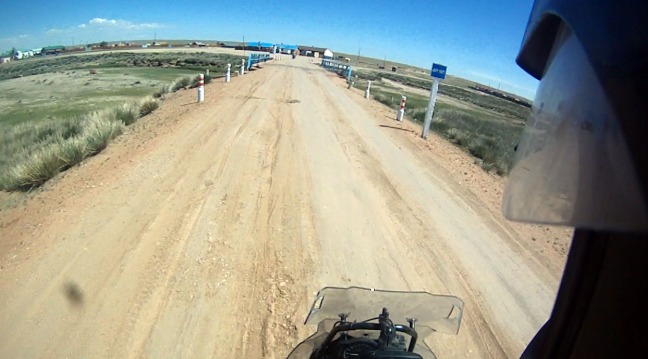 We found the old Petrol Station and while filling up we started talking to a women who spoke English very well.   Turns out she has relatives in Australia and her son is studying medicine at a University in Edmonton, Canada.   Within minutes she summoned her husband who got straight on the phone trying to make sure we had somewhere to eat.   He then jumps on his Motorcycle with a girl of around 7 or 8 years old who I assume is his Grand Daughter and motions for us to follow. 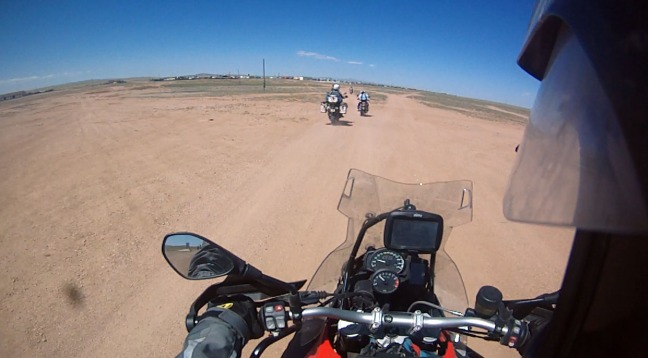 As we were riding towards town the little girl with a smile from ear to ear could not stop watching us and seemed genuinely delighted that she was helping a couple of travellers find lunch.   We ride to a local Café where the owner opens up for us and starts making lunch, he also owns the general store next door so I go there for a drink and supplies.   Meanwhile the little girl had gone around the back to her school and told every kid in town that these weird looking Australians with big Motorcycles were at the Café and this was the result.

This was an experience I’ll never forget and I hope that these kids will get the chance to do what we are doing in years to come.

So after the kids all went back to school we headed back out on the road again. 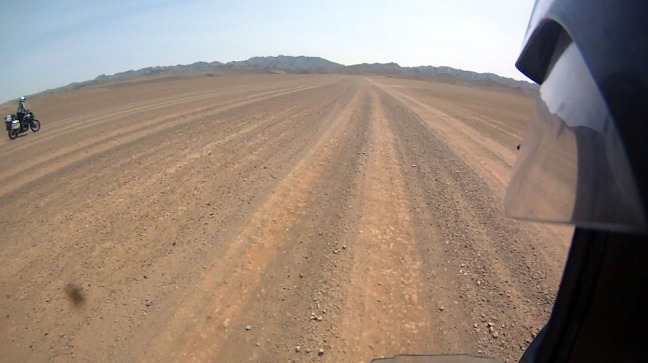 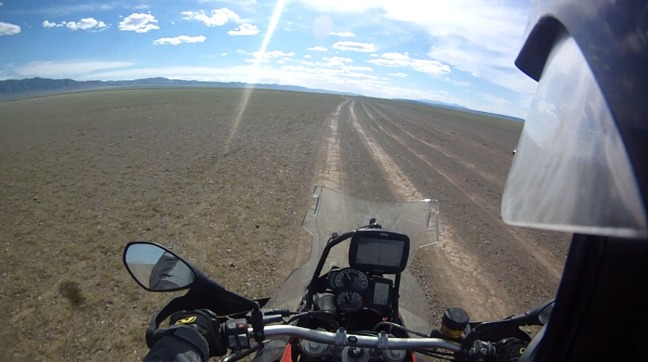 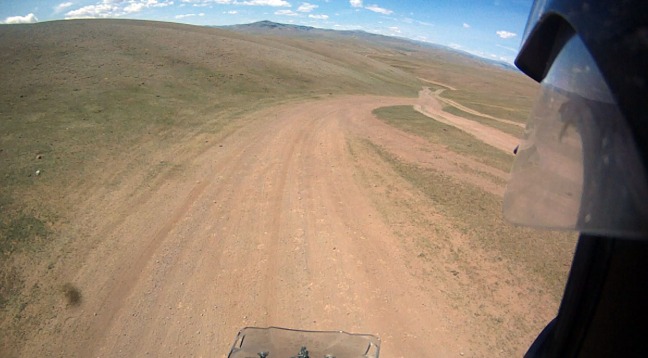 Which one do I take….it doesn’t really matter they all lead to the same main road… 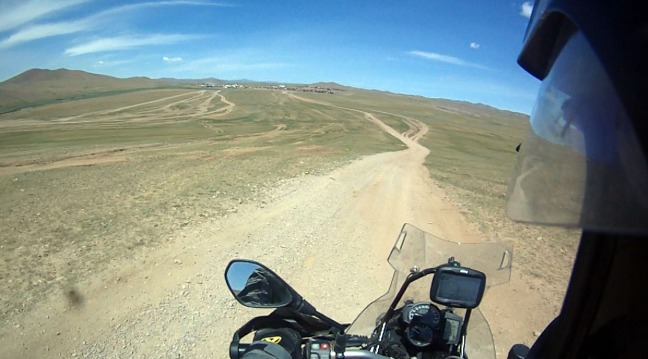 Where the Bitumen started….. 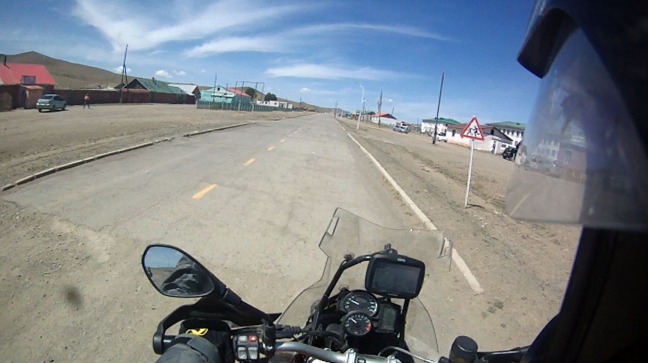 And less than 100 metres down the road it stopped again….

This could be my new house…..well me and 5 thousand cows. 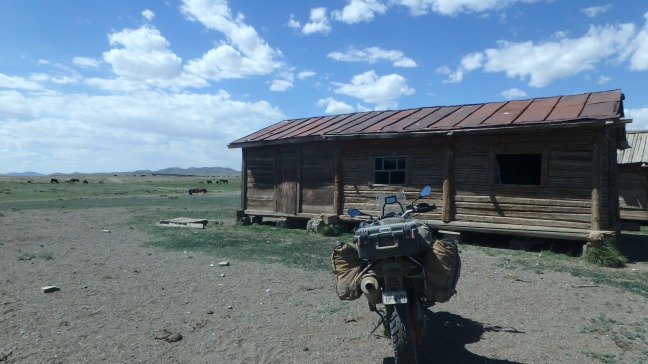 Late in the afternoon we finally made it in to Arvaikheer where after trying to find Hostels that didn’t exist we booked into the local Hotel which was pretty good and only $11 AUD each per night, we’ll take two please.

So Arvaikheer is a moderate sized town nearly in the centre of Mongolia and they drive exactly the same as just about everyone else in Mongolia, badly.

This guy caused mayhem outside the local Bank when he ran into the back of the car in front, this went on for over two hours until the police arrived and they could move their cars.

I known where I’ll be dancing on Saturday night….. 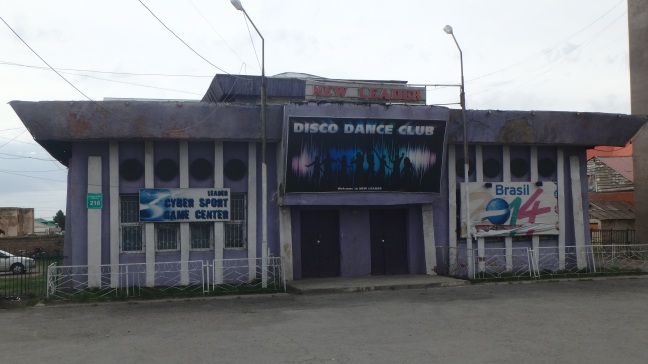 The local Square (Yes every town has one thanks to the Russians).   I would later find out that today was Kids Day that’s why they were all out running around and not at school. Apparently this is common through areas of Eastern Europe and Asia and no one understands me when I say in Australia everyday is Kids Day, they don’t need one special day to get spoilt. 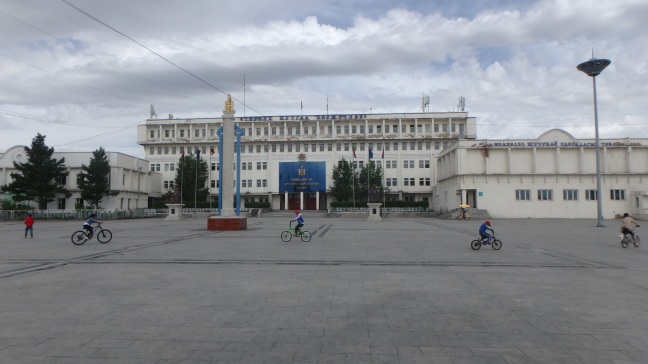 We had a rest day the following day and prepared to head further north into the UNESCO Listed Orkhon Valley in search of a mystical Waterfall.